The Story of Riyadh

Riyadh is a large metropolis surrounded by desert. The city, which is the Kingdom’s capital, has an inspiring tale of growth, triumph, and prosperity. Located in the heart of the country in an area historically and locally known as the Najd, Riyadh currently boasts a population of over 7 million people, attracting new residents every day. Riyadh’s landmarks demonstrate a visual walkthrough of the Kingdom’s historical timeline; from Al-Masmak Fort, Murabba Palace, and the Red Palace, to the modern architecture of King Abdullah Financial District, and the various cultural and art spaces throughout the city. Ad Diriyah, located on the outskirts of Riyadh, is at the traditional heart of the country with historical distinction as the Kingdom’s original capital. Extensive efforts have been made to preserve and renovate the area; while also making it accessible to the general public with lively shops, restaurants, and open air spaces. 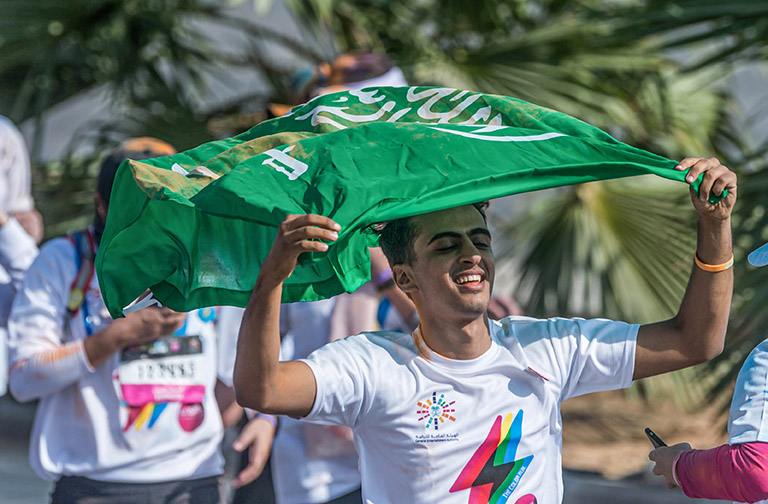