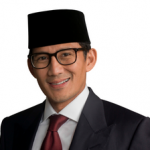 Sandiaga Uno’s political career began when he was sworn in as Deputy Governor of DKI for the 2017-2022 period. During his time as deputy governor, he intensively made programs aimed at fostering entrepreneurship in Jakarta residents. He is also actively encouraging DKI Jakarta to become a halal tourist destination. At the beginning of his leadership at the Ministry of To u r i s m and Creative Economy/Tourism and Creative Economy Agency, Sandiaga Uno brought the concepts of innovation, adaptation, and collaboration. Innovation is needed because in a short time there must be a fundamental change in revamping the tourism sector and the creative economy. Adaptation is needed considering that Indonesia is faced with the Covid-19 pandemic so that the tourism industry and the creative economy need to implement new habit adaptations or also known as Cleanliness, Health, Safety and Environmental Sustainability (CHSE). Meanwhile, collaboration is
needed because to restore the tourism sector and the creative economy requires the involvement of all parties. 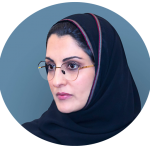 Her Highness Princess Nouf bint Muhammad bin Abdullah is the CEO of the King Khalid Foundation (KKF), one of the leading non-profit organizations in the country. She has been a member of KKF’s Board of Truste e s since 1996 engaging in shaping KKF’s finances and strategy. She leads KKF’s programs towards the economic and social empowerment of vulnerable groups in the country. The foundation’s goal is to create equal opportunities for all Saudis by: maximizing the impact of NGOs, encourage national companies to adopt environmental and social sustainability practices, invest in projects that increase the employability skills of disadvantaged groups, produce evidence-based research and provide policy solutions to Saudi decision-makers to help build a viable social protection system in Saudi Arabia.

She also leads the foundations global thought leadership around the promotion of the UN Sustainable Development Goals, and protecting inclusive growth. In 2020, she chaired the Civil 20 Engagement Group, one of the G20 engagement groups, representing the perspectives and voices of global civil society to G20 Leaders. Under her leadership, the C20 membership grow in inclusivity to include strong representation from the global south, resulting in the C20 hosting the biggest gathering of civil society organizations in the history of the G20, with more than 1,500 civil society organizations attending the C20 Summit, and 25,000 online viewers.

Princess Nouf is a longstanding philanthropist and a strong supporter of the empowerment of the non-profit sector in the country. Her Highness serves as the Chairperson of the Saudi ADHD Society, and a member of Alnahda Society for Women. She has also been a generous supporter of various Saudi nonprofits, including Saut: The Voice of Down Syndrome Society and Mawaddah Society. She is also a member of the National Center for Mental Health Promotion

Chair, B20 Indonesia Republic of Indonesia 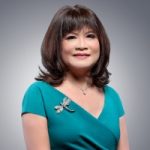 As Owner and Chief Executive Officer of the Sintesa Group (www.sintesagroup.com), Shinta is responsible for the Management and Expansion of the Group’s business interests in Indonesia. The
Sintesa Group is an Indonesian group with 16 subsidiaries, which operate in the Property, Energy, Industrial Products, and Consumer Products.

As a businesswoman, Shinta also involves in numerous business and social activities, including as the Coordinating Vice Chairman III for Maritime,
Investment and Foreign Affairs, KADIN Indonesia of Indonesian Chamber of Commerce and Industry (KADIN Indonesia) and Employers’ Association of Indonesia (APINDO), Executive Board of International Chamber of Commerce (ICC), President of Indonesia Business Council for Sustainable Development (IBCSD), as well as founder of Indonesia Business Coalition for Women Empowerment
(IBCWE) and Angel Investment Network Indonesia (ANGIN), and the Member of APEC Business Advisory Council (ABAC) Indonesia. She also has chosen by the United Nations as one of 30 global corporate leader to join the Global Investors for Sustainable Development (GISD Alliance). She is also has been elected to serve as Chair of B20 Indonesia during the Indonesian Presidency at the 2022 G20 Summit.

As part of her achievement, she received awards amongst others from FORBES Asia’s 50 Powerful Businesswomen (2012, 2013, & 2016), 30 Best CEOs by Business Indonesia Award in 2015, in 2017,
she was decorated as the Commander of the Polar Star by the King Carl XVI Gustaf of Sweden and the Commander of the Order of Leopold of Belgium. And in 2019, she was awarded as Woman
Entrepreneur of the Ye a r at the Asia Corporate Excellence & Sustainability Award (ACES Award) 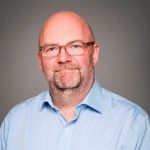 Dr. Jeremy Grimshaw a world leader in knowledge synthesis and translation. He co-leads COVID-END, a time-limited international network of evidence synthesis, recommendation and intermediary organisations to promote collaboration and co- operation across organisations to reduce inappropriate duplication of effort and better support decision makers (citizens, practitioners and policy makers during the pandemic).

Dr. Jeremy also co-leads the secretariat for the Global Commission on Evidence to support Societal Challenges that considers how to build better evidence support systems to meet the needs of diverse stakeholders (citizens, practitioners, policy makers) across all sectors (ie beyond health) in a post-pandemic world.