Ngurah Rai International Airport, Bali, Indonesia, also known as Denpasar International Airport (code: DPS), is located in southern Bali. It is Indonesia’s third-busiest international airport. The distance from DPS airport to the Nusa Dua area (the location of the congress venue ) is approximately 15 to 20 minutes drive. Taxi is easily available at the airport and around Bali island.
For more information please visit http://www.baliairport.com/

Following are the map of Nusa Dua area, with plentiful of hotels surrounding the conference venue, BNDCC. 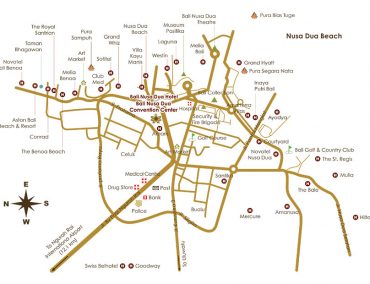 Nusa Dua is the premier resort area in Bali. The vicinity has an excellent tourism infrastructure with more than 4,000 available rooms of international 4 and 5-stars chain hotels, a close by 18-holes Golf & Country Club, Amphitheater, alongside luxurious shops, Cafe and Restaurants with a seamless white sandy beach within a walking distance. Within this alluring atmosphere, Bali Nusa Dua Convention Center (BNDCC) offers a promising eminence with its desirable location and compelling excesses. The whole concept consists of a high-profile characteristic, an impressive 70,000 sqm garden landscape and a breath-taking Balinese architecture of a total 50,000 sqm building area which all integrated to create a complete infrastructure for any kind of events. Each detail is developed with our commitment to wholeheartedly demonstrate our work in the most professional way. An exceptional venue for participants in theatre capacity. It offers a total of 44 multi-functional, flexible rooms including the bigger and sub divisible halls of 4,400 sq.m Nusa Dua Hall, 1,770 sqm Pecatu Hall, 1,734 sqm Singaraja Hall or 920 sqm Tanjung Benoa Hall. In delivering world-class events, they offer 32 fully equipped meeting rooms and 11 offices for break-out sessions, luncheons, dinners, workshops and press conferences. All these rooms come in a range of sizes and sub-divisible options, giving a great degree of flexibility. 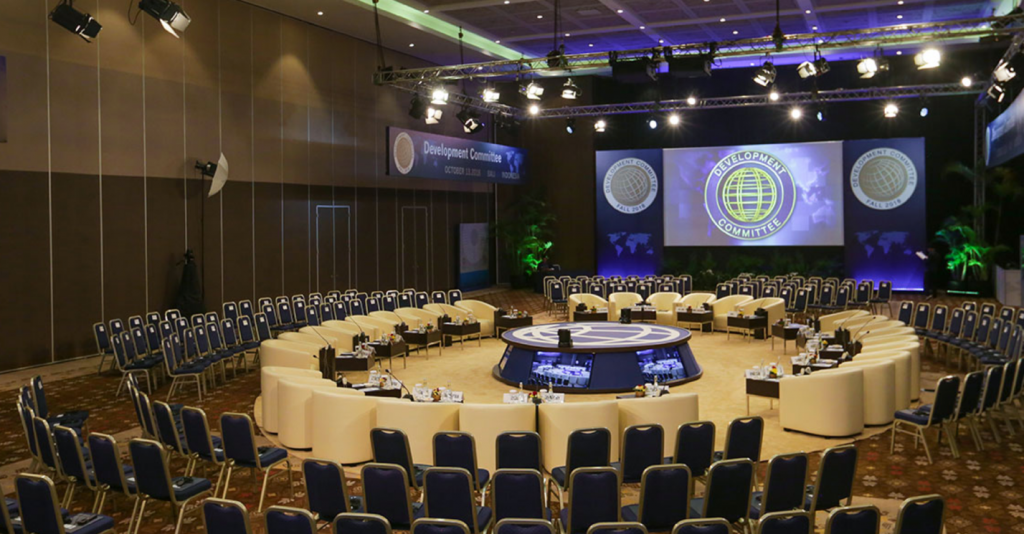 Bali is in the Central Indonesian Time (WITA) time zone: + 08:00 hour GMT/UTC.
Click here to calculate the time difference with your city

Bali is located just a few degrees south of the equator. It has a tropical climate with sun shine all year round. Rainy season usually start from November to March, and a relatively dry season from April to October, when, however, some showers can still occur. In the rainy season, it usually rains a couple of hours in the morning and a couple of hours in the afternoon, while in the rest of the day the sun shines for a few hours.

The international dialling code from abroad to an Indonesian number is +62.

Most power plugs and sockets in Indonesia are type C and F. This plug is the 2 pin socket and plug design which is the standard European plug.

The standard voltage throughout Indonesia is normally 230 V and with a standard frequency of 50 Hz. If you’re from the UK, Europe, Australia and most of Asia or Africa, most of your phones, laptops and other gadgets could be charged like normal. However, if you come from countries like the United States, Canada, and most South American countries, the range of voltage differs here in Indonesia.

The currency in Indonesian is Rupiah.

Banks are open from Monday to Friday, generally from 8:00am to 2:00pm. ATMs (cash machines) work 24 hours a day. All banks close down at weekends and on public holidays. There are plenty of currency exchange offices, banks and cash machines throughout the city.

There are many modes of transport to help you get around in Bali. A variety of excellent half day, full day and overnight tour packages are available from your hotel desk or any of the numerous travel agents and tour operators which abound in Bali. You can also find a car and driver who will also be your guide. Tell the driver your desired route and negotiate a fee.  An important virtue to have while on the road in Bali is patience! Although the road system in the heavily populated areas is quite reasonable (condition wise), it can also be heavily congested at peak periods. Ceremonial processions often take up the entire road so if you’re caught behind a procession, enjoy the colourful experience.

Get busy in Bali

Can’t wait to shop in Bali? Here are couple of links to start shops and more shops.

Anything else? Get some valuable advice from thebalibible for perfect vacation in Bali.